The basilica of Saint Christina

The Basilica of Saint Christina 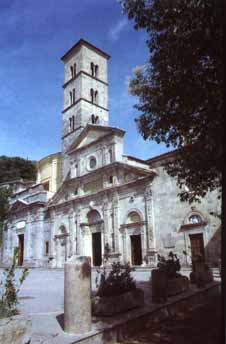 The characteristic facade of the Basilica reveals its complex interior. The prospectus of the medieval church is a jewel of Renaissance architecture com­ missioned by Cardinal Giovanni de' Medici and the community of Bolsena between  1493  and  1495 and built by the Florentine sculptors Francesco and Benedetto  Buglioni. 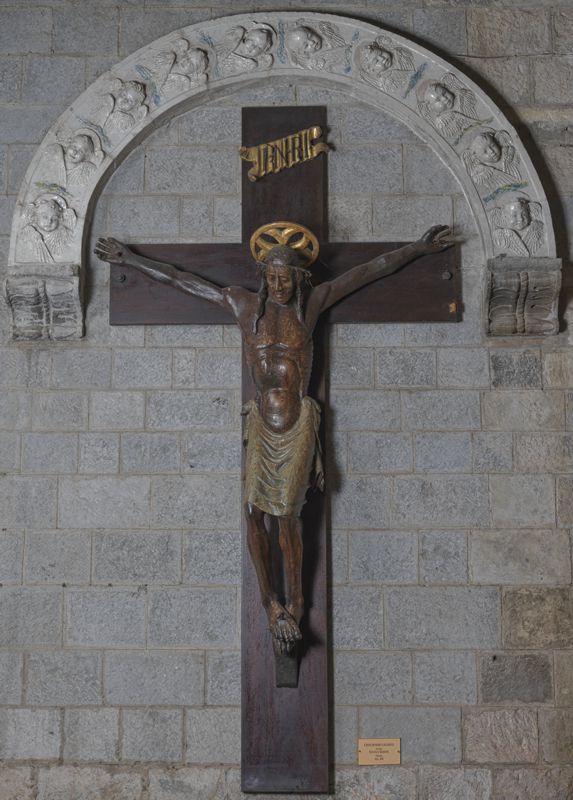 On the left there is the bell tower built probably between the 13th and 14th centuries. The interior has three naves with a Latin cross floor plan and a "capriata'' roof. According to tradition the recon­ struction of the church was due to the devotion of Matilde di Canossa and of Pope Gregory VII to Saint Christina. The Basilica was consecrated by Pope Gregory on 10th May 1078.

In 1925 excavations in the right nave brought to light the remains of a paleo-Christian  building. There is a 15th century wooden crucifix of the Umbro-Tuscan  school in the same nave. 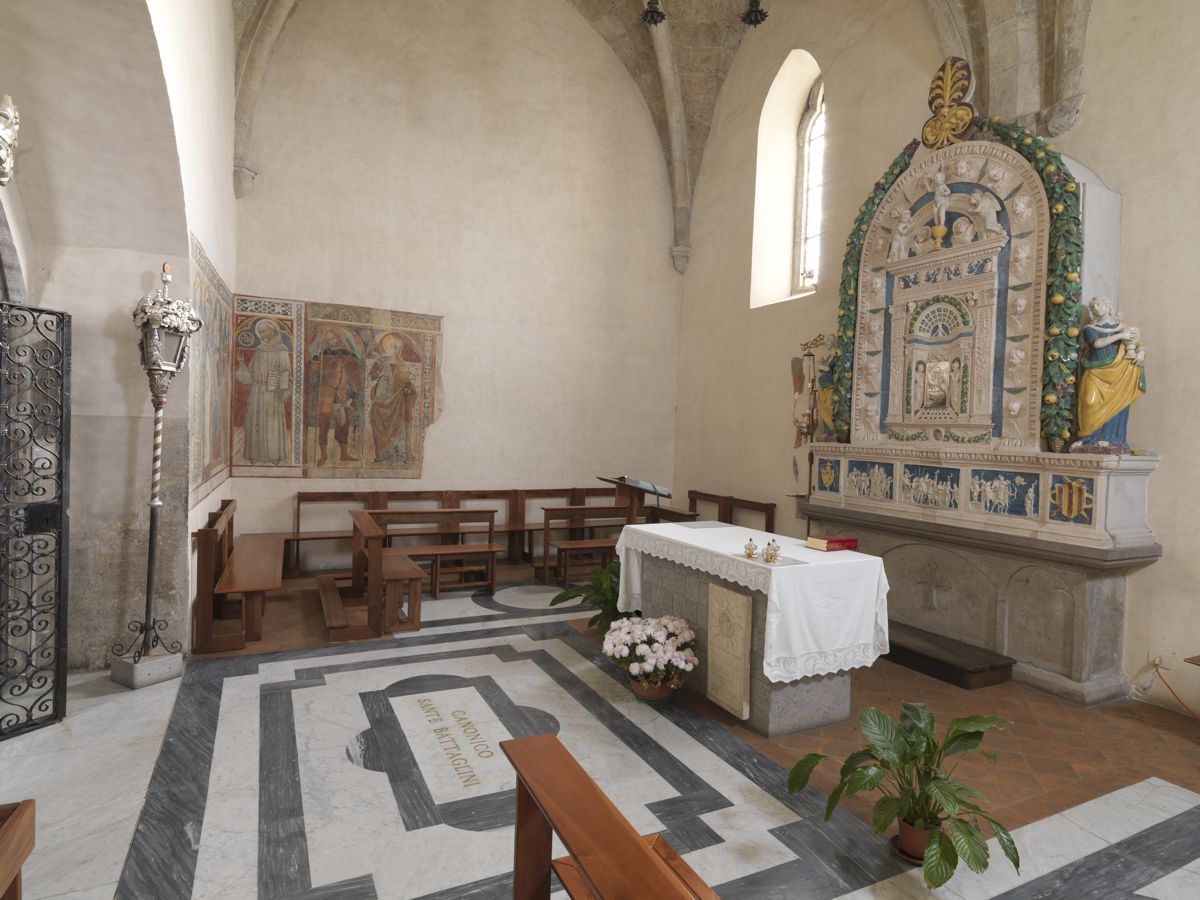 Further on is the entrance to the Chapel of the Most Holy Sacrament where the precious 15th century tabernacle by Benedetto Buglioni can be admired. Tha frescoes date from the 15th and 16th centuries. 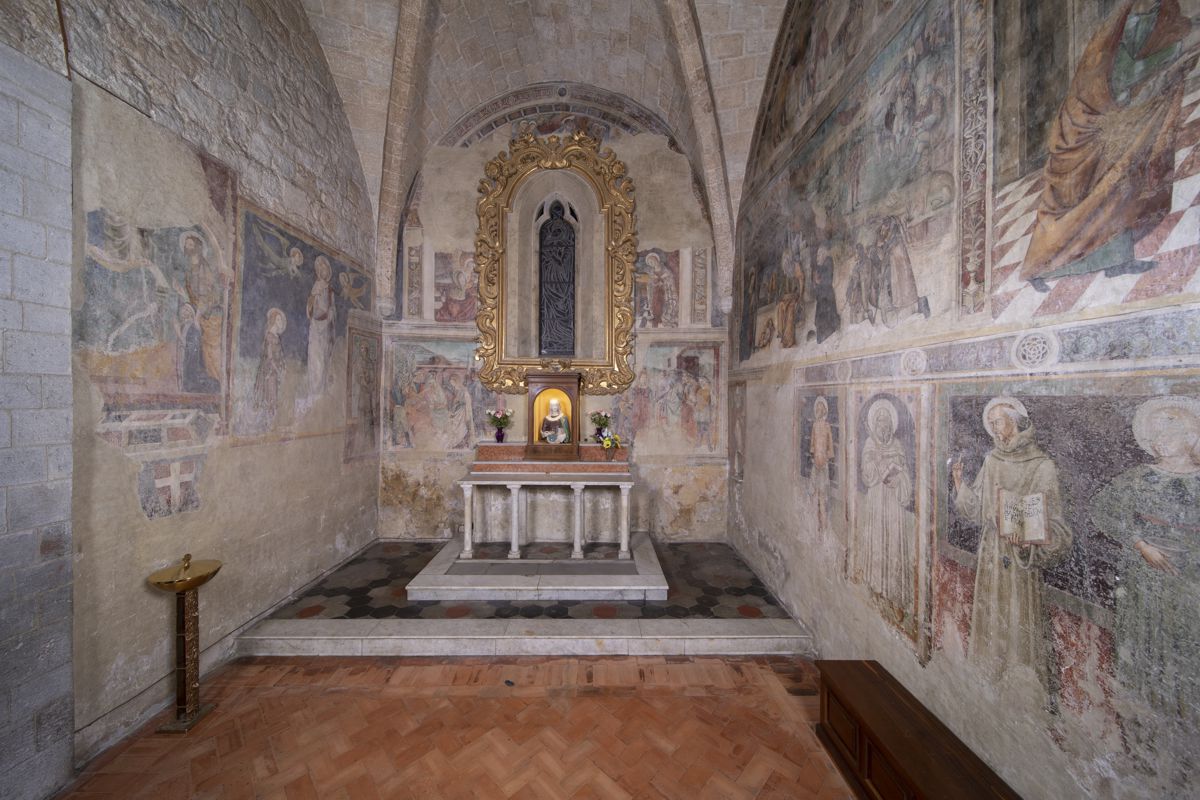 Next is the chapel of St. Lucy (Santa Lucia) with frescoes by Giovanni de' Ferraris from Mondovi done in the end of the 15th century. A ceramic bust of the saint by B. Buglioni is on the altar. 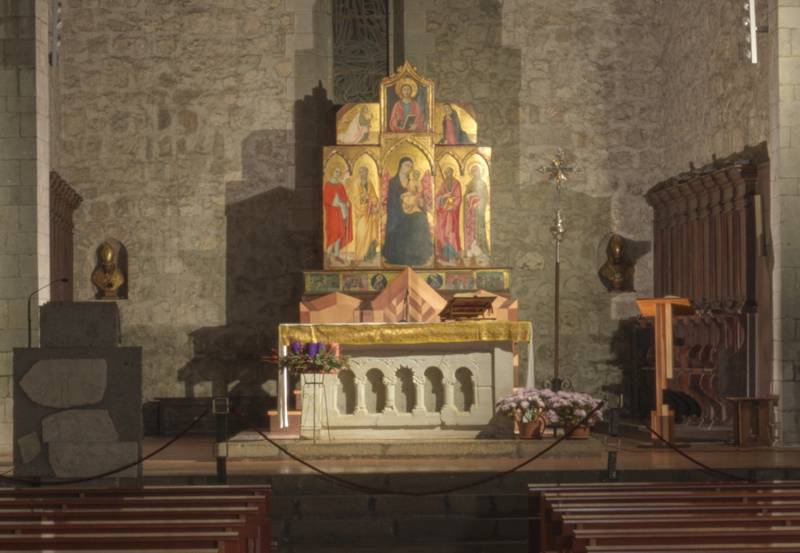 The main altar of the presbytery is constructed from 10th century marble fragments;  it acts as the background for the precious polyptych by the Senese painter, Sano di Pietro which dates from about 1450. The ambo is a pluteus  of the 6th century.

In the left nave is the chapel dedicated to our local young martyr St. Christina where her relics and a precious  wooden sculpture of the 15th century Senese school are conserved. Through a marble doorway dating from the 11-12th centuries one arrives to the New Chapel of the Miracle, also known as the Chapel of the Sacred Stones.

THE NEW CHAPEL OF THE MIRACLE 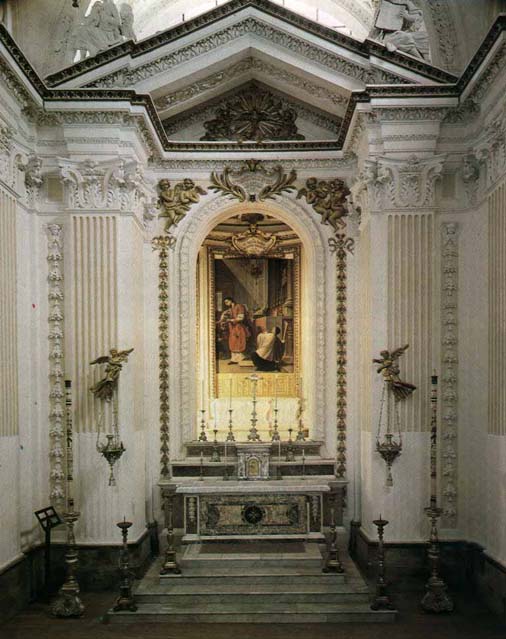 This chapel designed by Tommaso Mattei, was built in 1693 to contain the relics of the Eucha­ristic Miracle of 1263. The facade was completed in 1863 by Vir­ginia Vespi­gnam.

On the as depicting the mi­racle, a work of Francesco Trevisani done at the beginning of the 18th century. Under the painting, inside a golden shrine, three of the four stones stained by the miraculous blood which flowed from the host in 1263; the fourth is visible in front of the three, in a precious reliquary created in 1940. 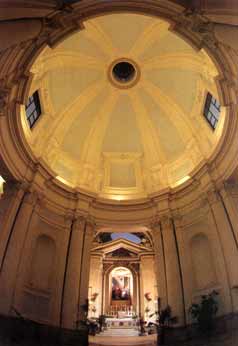 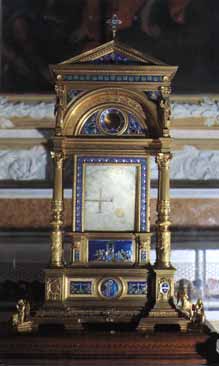 THE GROTTO OF ST. CHRISTINA 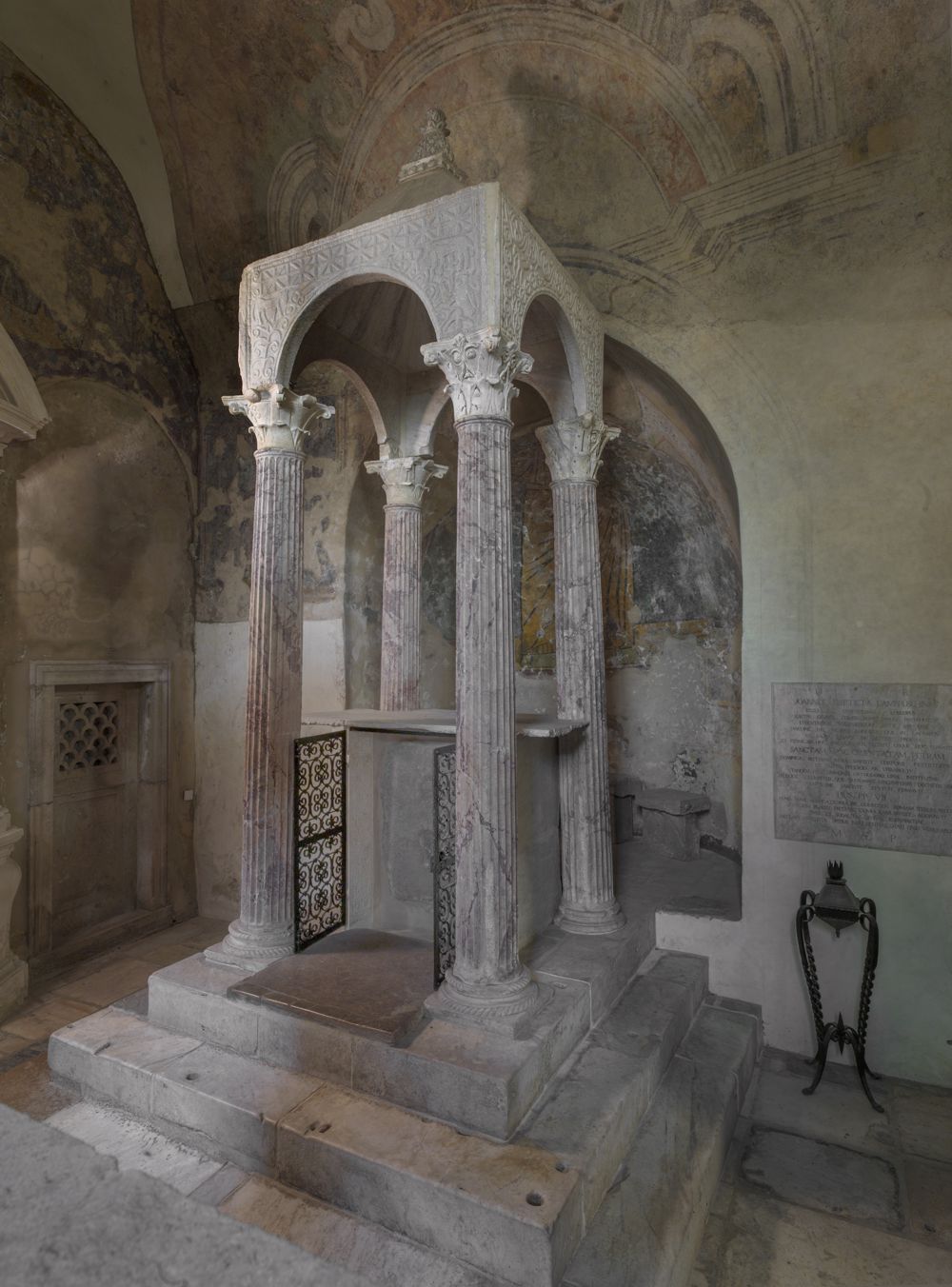 From the luminous Chapel of the Miracle one enters the darkness of the Grotto of St. Christina made up of a large vestibule with the Chapel of the Body of Christ and by the underground (ipogea) sanctuary.

Here one can see the altar, a fine 8th century piece, upon which, according to tradition, the Eucharistic miracle took place. 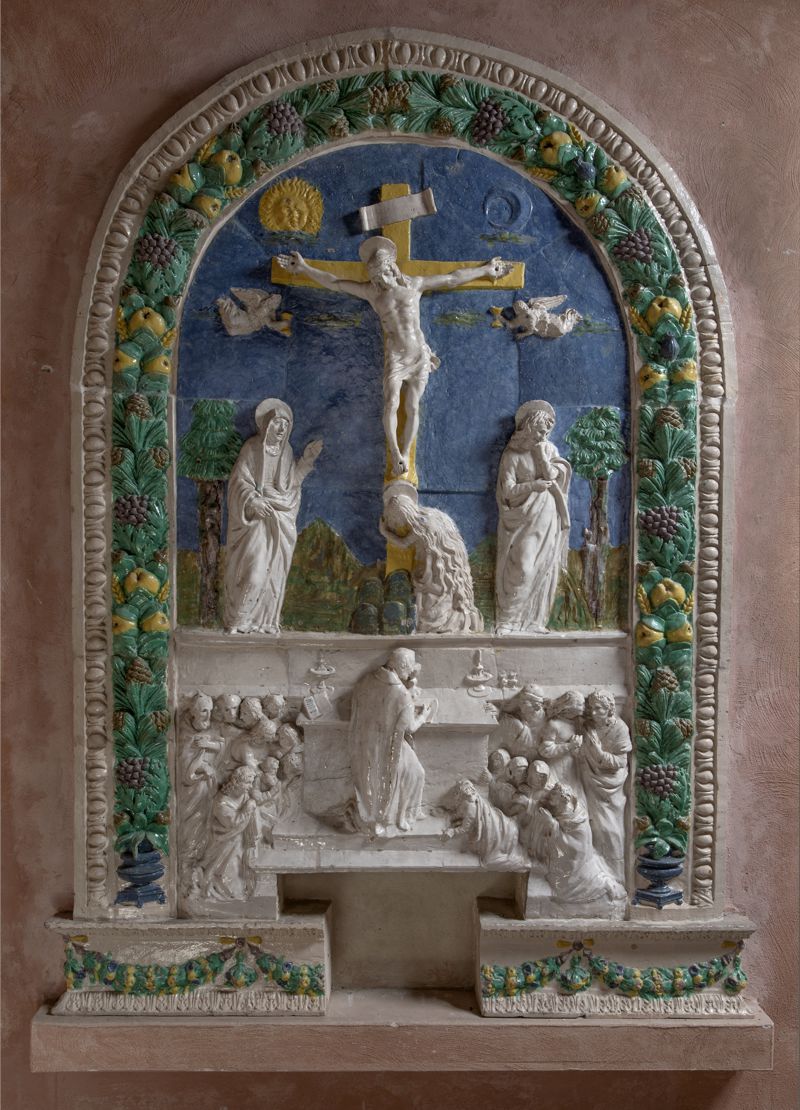 The ceramic altarpiece (since 2000 at the nearby chapel of Saint Michael, to the right of the altar) showing both the scene of Calvary and the miracle, is by Benedetto Buglioni and was done in 1496.

On the arch which brings from the vestibule to the underground (ipogea) sanctuary, there is a fresco probably dating from the 13'" century.

This grotto is a medieval enlargement of the primitive memorial ad corpus over the tomb of the martyr-saint Christina. This is the primitive place of the Basilica's cult which was made by destroying part of the catacomb. 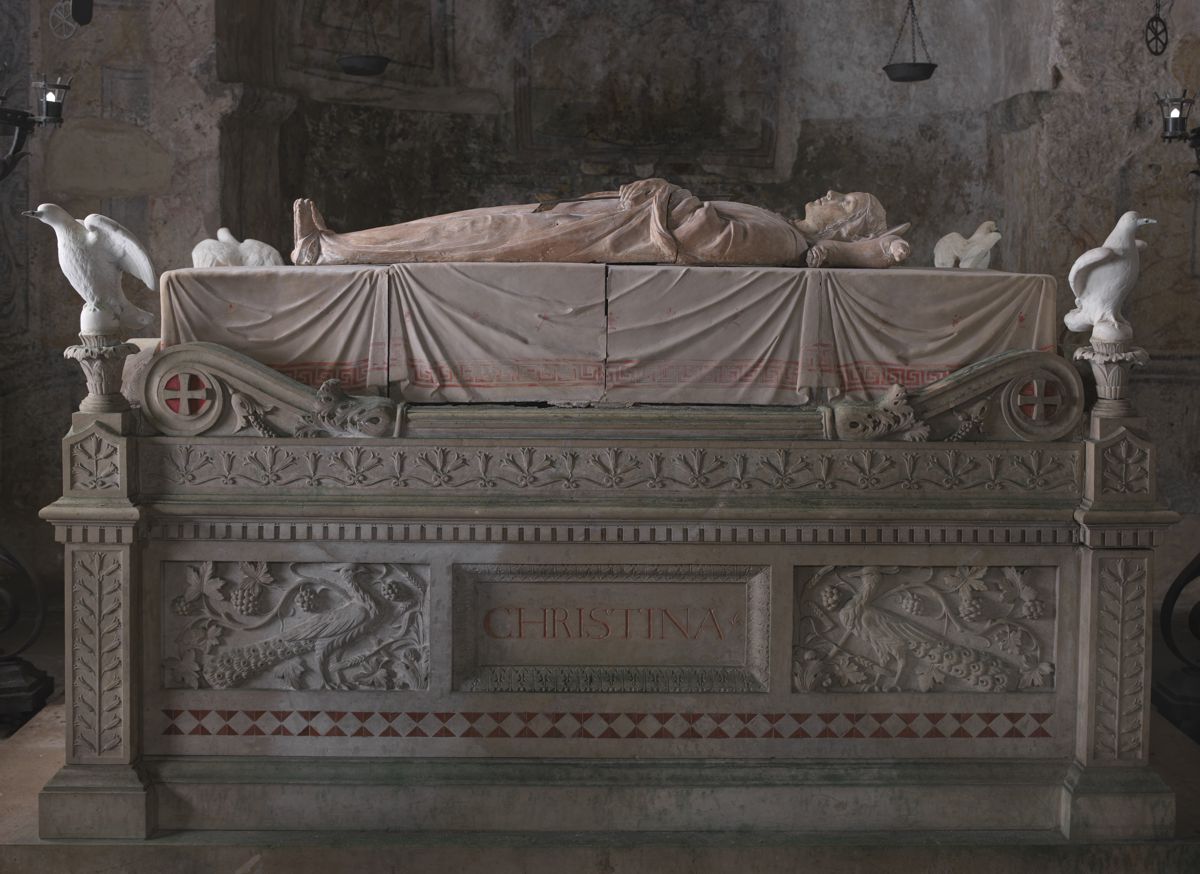 In front of the apse there is a stupendous fourteenth century statue by B. Buglioni of the saint in the sleep of death. The frescoes on the ceiling are from the 16th century while that of the apse, depicting St. Peter, is of the 15th century. 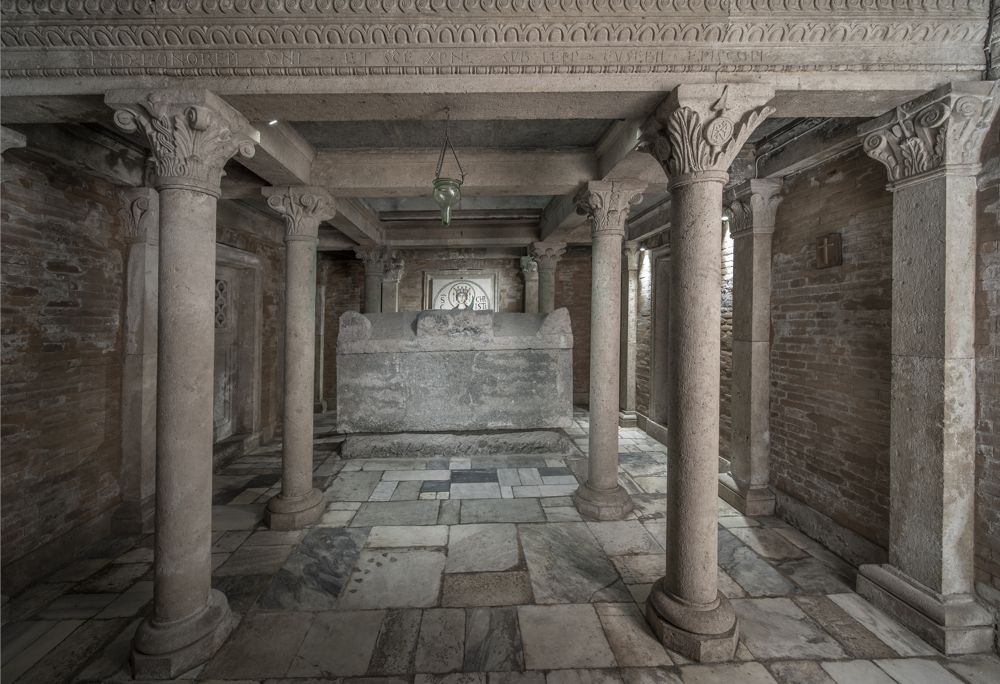 From here one can go down to the tomb  of the martyr underneath; a simple 4th century sarcopha­gus, which was found during the archeological excavations of 1880. These excavations helped to throw light on the existence of  the primitive Christian community of Bolsena which had in the amazing development of its catacombs  (datable from the end of 3rd century - first twenty years of the 5th century) the most significant expression of its faith and devotion. 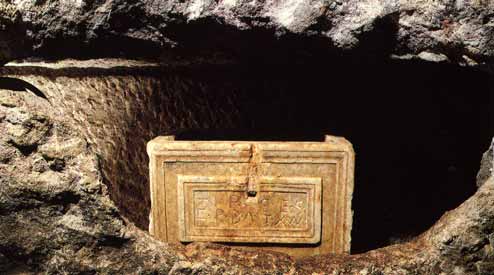 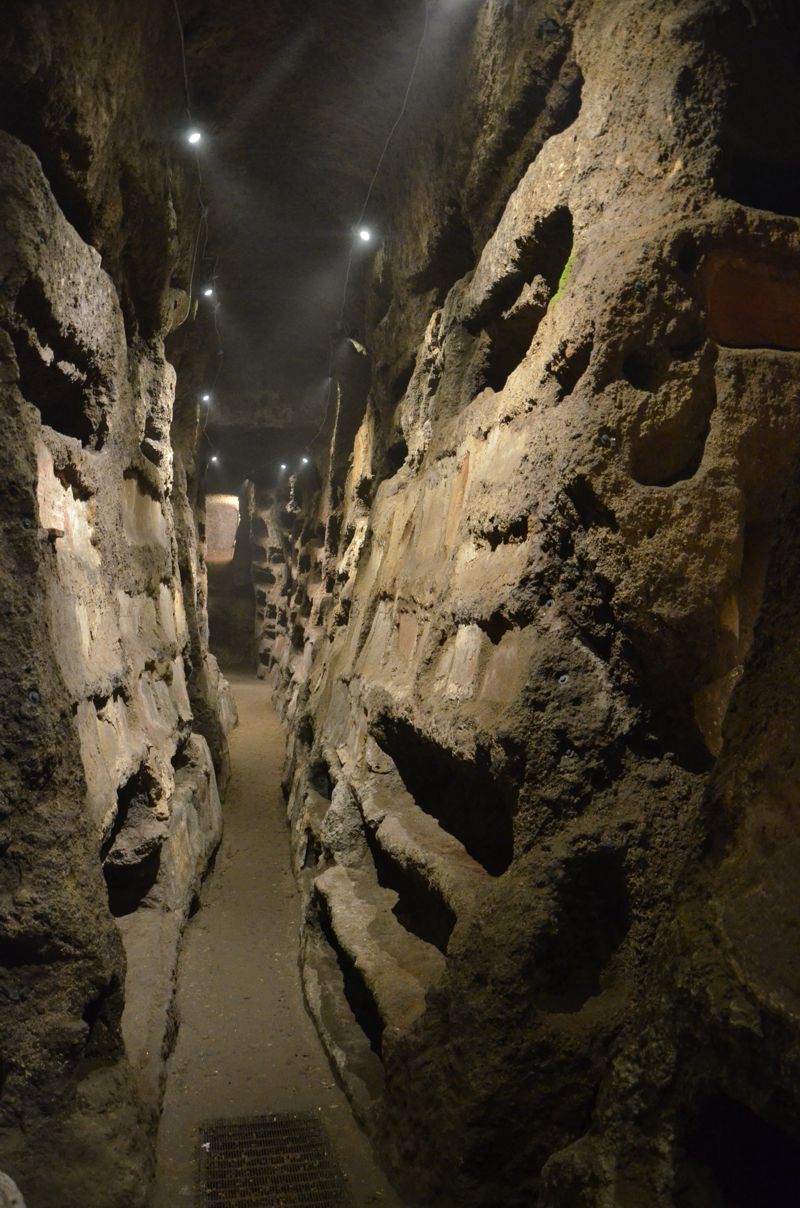 To the right of the sarcophagus there is a stone entrance to the paleochristian catacombs - the cemetery of the early Christian Community of Bolsena used from the end of the 3rd century until the first 20 years of the 5th century.

Relatively small (around 1600 tombs), but well preserved, catacombs of Saint Cristina are surely worth of visit. 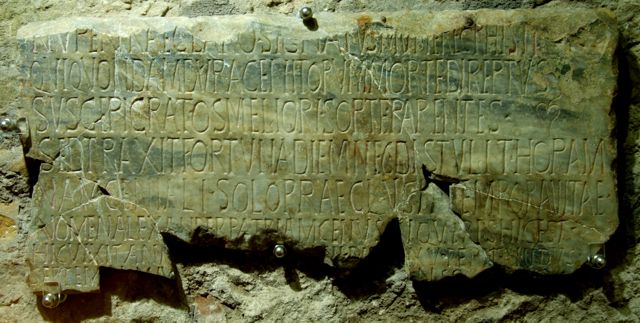 (Most of the better photos were shot in 2019 by Foto Sigismondi for the Bibliotheca Hertziana, Rome. (c) Basilica of Saint Christine)